Welcome to the largest existing excavation site of antiquity open now days in the world, an archaeological area of study and research. Here, in the Roman Forum site it’s where Roman civilization was born and developed over the centuries, it was the hard of Ancient Rome. The Forum during the ancient time of the Republic and then the Empire was the meeting place for the citizens coming from all around the territories. In the forum they could participate or just assist at the political and administrative affairs for their community. Obviously the  Roman Forum was the most important and monumental one, which was the center of the then-known world. Over thousand years of uninterrupted operation, the Roman Forum has witnessed unrepeatable historical events and was adorned with monuments of exceptional beauty that even today we can appreciate: ROMA CAPUT MUNDI!

Roman Forum, the Palatine Hill and the Coliseum

Our visit will begin on the Palatine Hill, known as the centre-most and most important of the Seven Hills of Rome. The Palatine Hill is noted as the hill, where the origins of ancient. 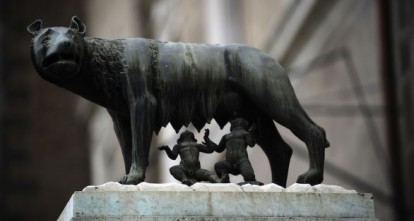 We will leave from the Capitoline Square which was designed by none other than the Church’s other “favorite” artisan, Michelangelo. A three-hour-detailed visit while exploring in descriptive accounts one of the most famous and the highest of ... 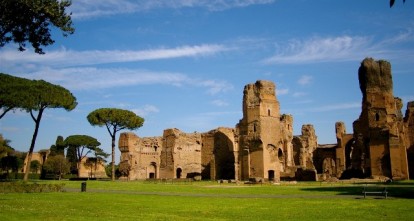 A Visit between the sacred and the profane, begin on the Palatine Hill, the famous baths made by the Emperor Caracalla and the Basilica of St. John and St. Paul del Celio